If you attended last week’s presentation by Newt McCarty at the garden and if you bought gophinator traps on his recommendation, you might want to check out these photos. Some of us struggled with setting the traps once we got our order from Trapline, even though we watched the video here: https://www.traplineproducts.com/gophers.html 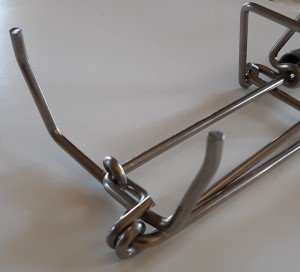 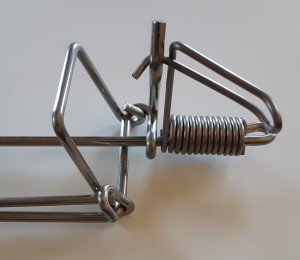 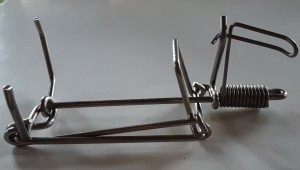 The key at the front end is to set the little protrusion over the open jaws of the trap.  Then, you thread the prong at the rear end through the loop (lower front of the second photo).

Newt suggested that when placing the traps in the tunnels, face the front end of the trap into the tunnel and press down gently to make sure the trap is well-seated in the dirt.  ¡Cuidado!  Don’t spring the trap on yourself.  As the gopher sends dirt toward the rectangular trigger, the trap will spring.